While March is widely known as the month to celebrate Mardi Gras and St. Patrick’s Day, there are many more opportunities for marketers to grow their revenue throughout the month of March. We’ll explore different March themes and holidays you can take advantage of throughout this post. Let’s start with the obvious ones:

Mardi Gras is French for “Fat Tuesday,” and is celebrated in many countries around the world before the religious season of Lent. It’s typically a day when people eat richer, fatter foods before the ritual fasting that comes with Lent. Louisiana is the only state to have Mardi Gras as an official holiday; however, many cities across the country and the world celebrate Mardi Gras in their own way. Depending on your business, running a Mardi Gras campaign might be a fun way to capitalize on the spirit of the celebration.

Food, music, and costumes are a big part of Mardi Gras, but even if your business doesn’t involve any of these, you can still get in on the fun.  Promotions of free shipping and/or % off are popular. Tie in the theme of Mardi Gras with simple verbiage such as: 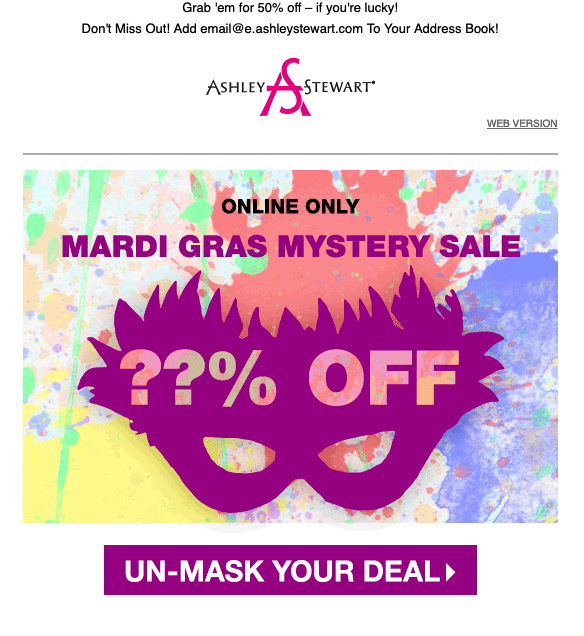 NRF published a survey that found that in 2018 Americans spent $5.9 billion celebrating St. Patrick’s Day. Over 149 million U.S. adults celebrated the Irish holiday last year and they spent an average of $39.65 per person. The holiday tends to be most popular among individuals 18-24 years old with 77% celebrating; however, ages 35-44 were the biggest spenders. Celebrants mainly purchased food, beverages, apparel, decorations and candy, but even if you don’t sell these items you can still get in on the fun.

Stand out in the inbox with your St. Patrick’s Day campaigns by: 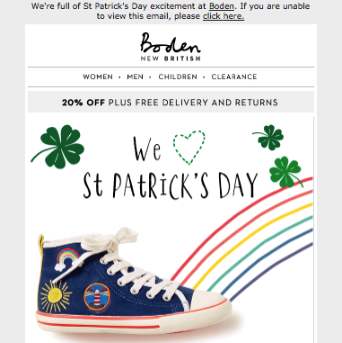 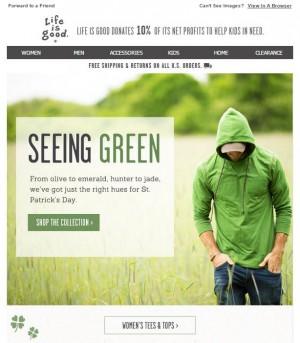 While Mardi Gras and St. Patrick’s Day are the two most well known “holidays” in March, there are other equally as marketable March opportunities that should be celebrated. Let’s look at a few:

March celebrates Women’s History Month by recognizing the great contributions that women have made to our nation. You can incorporate the theme in your email campaigns in a number of ways throughout the month:

Pi Day is March 14 (3.14) and is an annual celebration around the world of the mathematical constant π (pi). You may be wondering what in the world this has to do with email marketing, but brands are actually responding to a growing interest in the celebration of Pi and as “Pi Day” becomes more popular, consumers are starting to seek out promotions, as online searches for “Pi Day deals” grows.

Some ideas for Pi Day campaigns include: 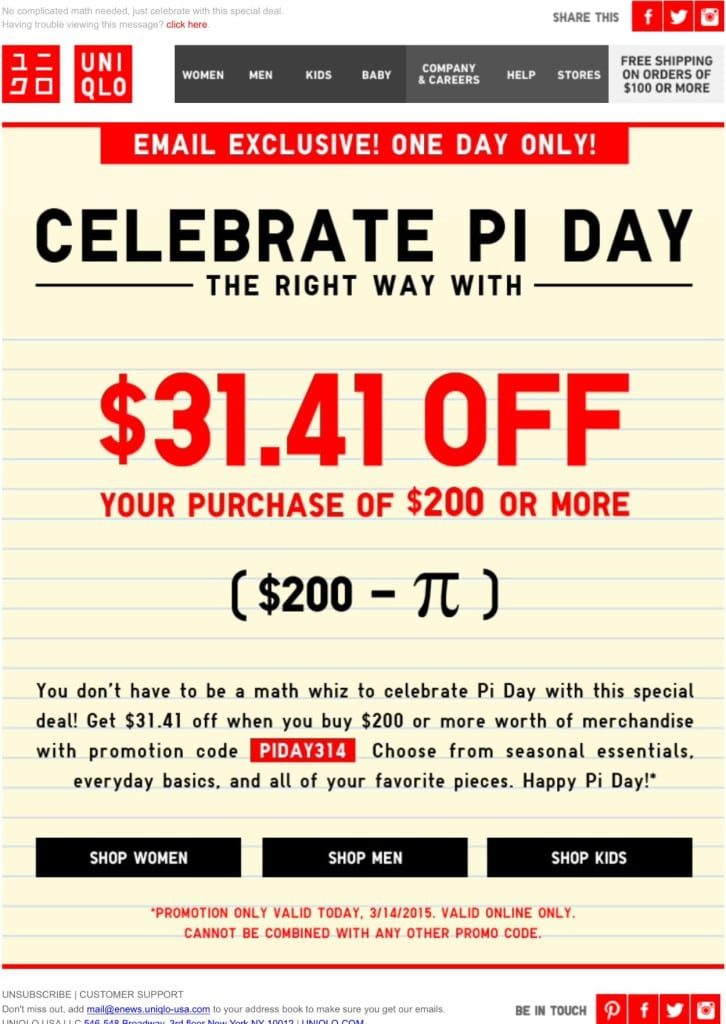 March heralds the start of Spring and with that comes the opportunity to incorporate a spring cleaning theme into your email campaigns. Spring brings about so much opportunity for email marketing. Some ideas include: 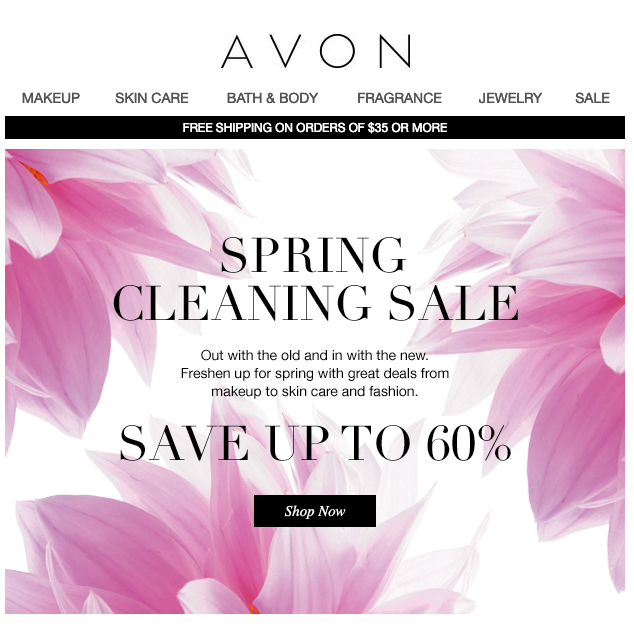 One of the most popular holidays in March is St. Patrick’s Day, but from Mardi Gras to Women’s History month to Pi Day, there’s so much more to celebrate and highlight in the month.

Don’t be afraid to have fun in the inbox with your email campaigns this month. Spring is sure to bring a breath of fresh air to subscriber’s inboxes, and you want to be part of that.

Have questions about any of these ideas? Our experienced strategy team has helped hundreds of clients implement them, and they’d be happy to help you, too! Just reach out